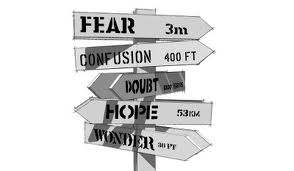 “I want to take the roads less travelled,
Let me breathe some air unraveled,
I want to harbor the greener pastures,
Less thorny, more flowered”.
Sanjeev left the note on his table, packed his bags and left his home in the dark. The train from Ghaziabad station was scheduled for departure at 10:00 pm.

Sanjeev Gupta, popularly known as Sanju, was  a young dynamic graduate who did not want to carry on with the monotonous job for his entire life. He was least interested in his family retail business. Often when his dad left the shop under his supervision, Sanju attracted a huge crowd while performing mimicry, stand up comedy and various other acts. People knew him as a talented artist while his dad disliked his bend towards such stupid acts. Sanjeev’s mother was a quiet housewife who never raised her voice in front of her husband. Caught in a wrong marriage, the poor lady never complained of the tyranny she faced from her husband. A drunk Gupta used to beat his wife during her pregnancy too. Sanjeev’s younger sister Parul unfortunately was born with hearing impassiveness. Mr. Gupta was an unhappy man, complaining and beating his kids and hurling abuses at his wife each day. Nobody knew the reason of his behaviour since the Gupta family was an upper middle class family without any financial constraints.

Gupta’s misbehaviour grew unbearable with every passing day. He hated Sanju’s extra curricular activities and wanted him to join the family business. Once when Sanjeev mentioned his interest to take up theatre art as his career, Gupta unleashed his belt. Since that day Sanjeev’s desires grew with leaps and bounds to join acting school and try his luck in Mumbai. Kapoor sir, the dramatics instructor at Sanjeev’s college complimented & encouraged him to build his career in theatre, seeing his love & talent for this art.
……………………………………………………………
The train headed towards Mumbai.  He was confident but not too sure of what was there in store for him. He was ambitious but had no clue where to begin. He was talented but without any support in the new city. From the quiet lanes of Ghaziabad he was in a city which never sleeps. Sanju’s struggle began since the moment he landed in Mumbai, searching for something substantial, for something concrete.
…………………………………………
Sanju boarded the train but his mind was still at home, worrying about his mother and Parul. Was he being too selfish? He wondered what they do alone without him. His heart beating loudly and heavily. He felt he had taken a wrong decision. The train whistle blew loud and his heart pounded louder. The train jerked and moved slowly. Sanju jumped out of the train and rushed home.The sight of a drunk abusing father was definitely not pleasant, but at least he knew that his Mother and Sister were safe in his presence.
Sanju started helping his father in the business next day onwards.

WHICH ONE OF THESE ENDINGS DO YOU THINK IS MORE APPROPRIATE? SANJU FOLLOWING HIS DREAMS OR SUCCUMBING TO FAMILY PRESSURES?
at May 22, 2011 No comments:
Email ThisBlogThis!Share to TwitterShare to FacebookShare to Pinterest
Labels: career choice, drunkard father, family pressure, short story dual ending, stress, Theatre art

The employee was caught taking a nap at work,
Boss said "See me in my cabin you jerk!"
"Are you not serious for your job"?
asked the boss to the poor guy,
who slogged himself everyday and was usually quite shy.
"Eight files are still pending, complete them at any cost,
else I hire a better employee and you can get lost!"
The employee snapped back "Fire me and pay me the dues right now,
I wont work for peanuts anymore, I take a wow"
Boss stared at the employee in disbelief,
thinking it might be his nightmare,
Employee added "Everybody hates this job, Do you even care?
Labors are better than us I feel,
Eight hours of sleep is all I wanted,
No overtime for the extra hours we work,
these files make this office haunted!
You deducted my salary for my sick leaves,
you need a medical treatment I guess.
I broke up with my girlfriend because of you,
My life a silly mess!!!
For everybody it was a holiday,
but I was preparing your presentation,
why do you think I should work you,
when you are the source of my frustration?
Cost of living has gone sky high,
it has become impossible to survive,
work life balance has screwed big time
I wonder Do i have my own life?
Terminate my services and relieve me from this prison,
because I want to live a normal life,
and there couldn't be a better reason"
The employee walked  out of the boss's cabin,
slammed shut the office door,
he smiled after the relief he got,
his eyes were no more sore :-)
at May 21, 2011 No comments:
Email ThisBlogThis!Share to TwitterShare to FacebookShare to Pinterest
Labels: Frustrated employee, humour, Outrage by employee, overloaded worker, short poem, working for peanuts? presentation
Newer Posts Older Posts Home
Subscribe to: Posts (Atom)