There is something about Jaipur that keeps attracting me towards itself. The fact that I have visited the Pink City several times does not deter me to make frequent trips whenever I get the opportunity. The palaces, forts, the artillery on display, the art &craft and the enormous expanse of the majestic buildings dawdle to my sanities. Oh, maybe I have a royal connection from the past! 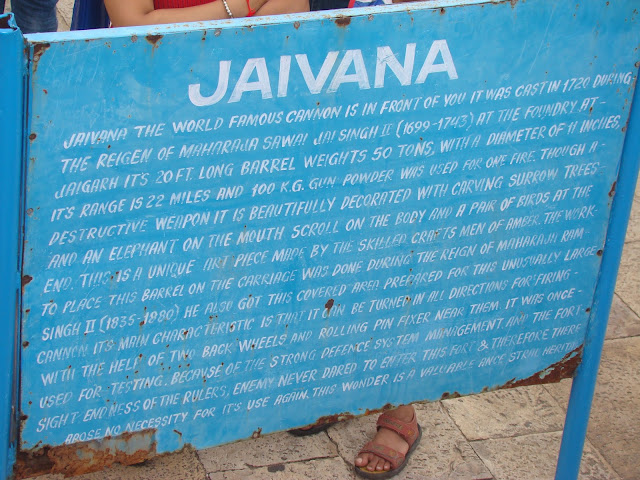 While Jaipur has a deep rooted Rajput history, the city also boasts of structures inspired by Mughal & European architecture. Nahargarh Fort is a fine example of the same. The kings in that era also built monuments and forts to combat enemy attacks. The fort of Jaigarh hence comes into picture which is a major tourist attraction till date.


Why The Magnetism- The most extraordinary thing in the fort is “Jaivana” which is the world’s largest canon on wheels. The canon was fired only once in its lifetime. The canon has a 20 feet long barrel weighing 50 tons with a diameter of 11 inches. It has a range of 22 miles and about 100kg gun powder was used for a single fire. As per the popular belief, the single round that was fired formed a deep fissure that became a lake. The destructive and unusually large weapon kept the enemies away from the fort. The majestic canon stands tall in a protected area in the fort open for public display. 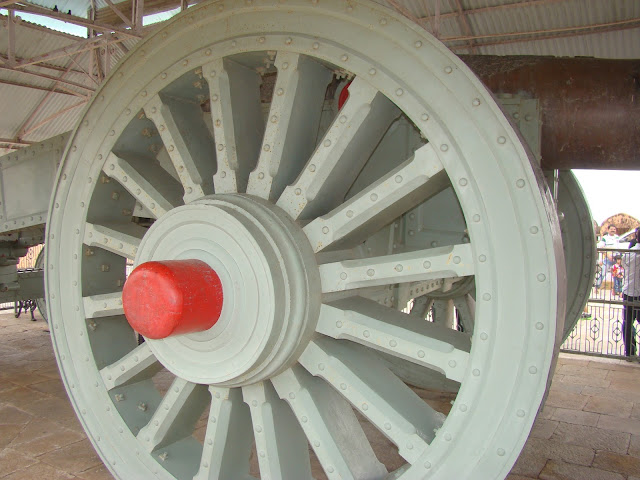 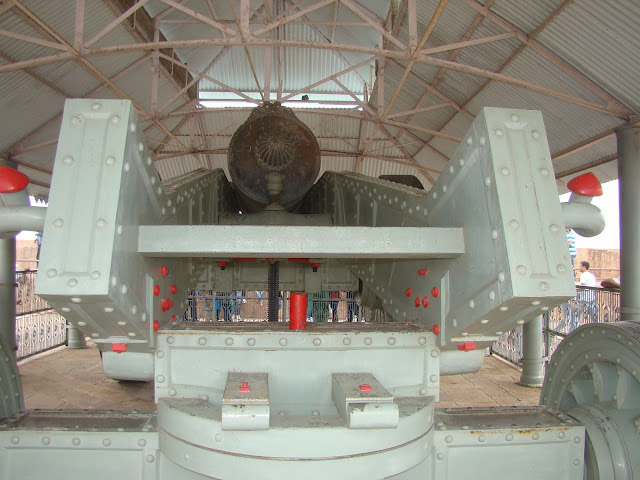 The History- The founder Maharaja Sawai Jai Singh II cast the canon in 1720 at Jaigarh. The huge barrel was constructed to discourage enemies and ofcourse display the power of the reigning leader. The work to place the barrel on the carriage was later done during the reign of Maharja Ram Singh II who also got the covered area prepared to keep the canon safe. The Jaigarh fort was constructed to keep a watch and protect the Amber Fort. Also, the fort was a center of artillery production for the Rajputs because of presence of iron ore in abundance. Apart from the giant Jaivana, many other canons were manufactured during that era.

Location- Jaigarh Fort is located on the outskirts about 10 km from the city. The fort overlooks the Amer Fort from 400 m above the former and offers a beautiful sight of the Aravali Hills.

How to get there- Private vehicles or commercial taxis/autos are allowed to ply on those roads. Take a left on the road marked “Jaigarh Road” and drive uphill till you reach a diversion. The road straight leads to Nahargarh Fort and the other turn is the way towards Jaigarh Fort.


What to see in Jaigarh Fort- Apart from the Jaivana, you can visit the large vicinity of the fort spread over 3km length north south and width of 1 km. The sturdy walls are made of red sandstones. The fort houses many other small canons, a tall watch tower, courtyards, a large storage tank, ancient temples that symbolized strength and protection from evil and garden areas. You can get a nice view of Jal Mahal and the entire Jaipur from Jaigarh fort which makes it an exceptional platform for photography.

Did you know? During the tenure of Prime Minister Smt Indira Gandhi, a search was conducted by the income Tax authorities for a hidden treasure supposedly inside the large underground water tanks. The three water tanks under the central courtyard got its water supply from a canal on the west side of the fort. One tank water was used by prisoners for bathing, the 2nd tank to store gold and jewellery and the 3rd tank was empty. The 3 months search proved to be futile with no treasure excavated from the site. 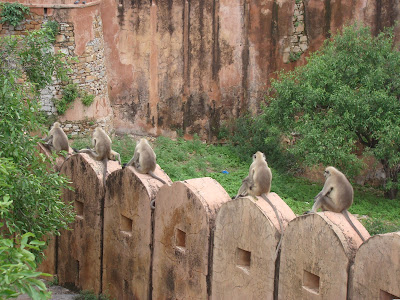 The historic fort is majestic and holds an important place. It’s a must visit in Jaipur to make you feel the magnificence and the royal aura of the Rajput era.
at August 21, 2014 4 comments:
Email ThisBlogThis!Share to TwitterShare to FacebookShare to Pinterest
Labels: Jaigarh fort, Jaipur, large water tanks, largest canon on wheels, Pink city, Rajasthan tourism, travel to Jaipur
Newer Posts Older Posts Home
Subscribe to: Posts (Atom)