Meet Haryana girl Shweta Mehta, known as a fitness athlete as well as the recent winner of the popular reality show Roadies Rising. Breaking the stereotype, Shweta took the risk of quitting her cushy job as software engineer to pursue her interest in body building. 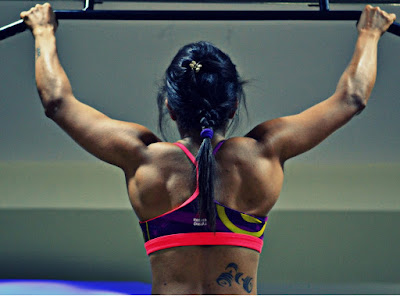 Born in a small town Fatehabad, in Haryana, Shweta is the only girl among her four siblings. Her mother, headmistress of school and father a property landlord, had defined her priorities of education. Hanging around with her brothers, she didn’t have girl-friends in her childhood. Perhaps it was them who made her strong and tough.

Being a geek, she pursued B.Tech and moved to Bangalore as a software engineer where she worked for 5 years. Switching career to body building was not on her mind until she joined a gym for general fitness. 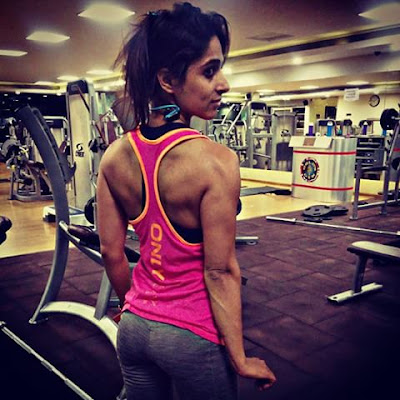 Soon Shweta learnt about fitness competitions and researched on the fitness categories. She continued working out and prepared her body along with her job. Taking the step towards becoming a professional body builder and figure athlete was no small task. The tag of “small town” undoubtedly creates immense pressure in case of such career choices. When Mehta summed up courage to speak to her mom about her change in career and her willingness to compete internationally, her mom’s response was disheartening. Shweta was asked to delete her Facebook page showcasing pictures from her gym and stage practice. Scared of what her father’s response would be, she openly spoke to him about her career choice. He supported her, appreciated the pictures and encouraged her move. 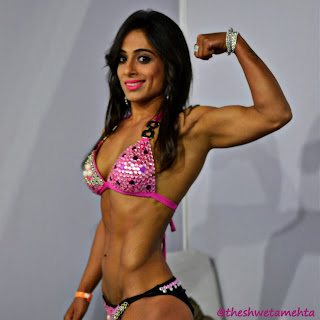 
Focussed on being a figure athlete, she did not look back. The rigorous training and exercise came with not just massive hard work but also a lot of risks. Shweta realised she had a lot financial crunches to squeeze out of in order to compete. With no sponsors aiding her, and the bills for clothing, gym, food, competition preparation piling up, Shweta decided to take the big risk and spend her savings for her passion. 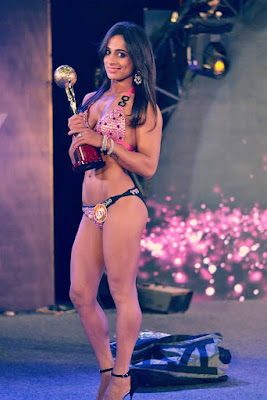 In March 2015, she appeared in her first competition as a Figure Athlete. In a span of a year this dimpled girl managed to secure a Gold in Jerai Women’s Fitness Model Championship 2016. Later she signed four brands in two years including Adidas, Neulife and Procel. In 2017, Shweta added another feather in her cap by winning MTV Roadies Rising, a popular TV show. She had instantly grabbed eyeballs during Roadies auditions when she did full squats with Harbhajan Singh on her shoulders and did pull ups better than anybody. The show demonstrated her strength and ultimately she emerged as the winner, crossing all hurdles and beating stronger male contestants. 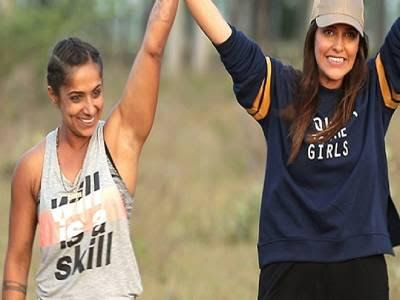 Shweta proudly says if she being from a small town could do it, so can anybody. Owing her success to her father’s support, Shweta asks people to believe in their dreams and never lose focus. 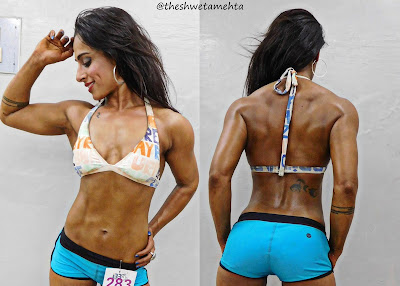 Talking about her future plans, Shweta wants to be a successful athlete first and later start a Fitness Food Truck that would serve only healthy food. Her long term plan includes setting up a gym.


Kudos to the fearless girl for following her dreams and inspiring women to never give up on their passion.

No country for women

On 4th July 2017, a 16 year old school girl went missing while returning from school. Two days later, on a jungle trail, she was found dead subsequent to a brutal gang rape.
Himachal Pradesh lost its credibility of once known as a safe place after this heinous crime. 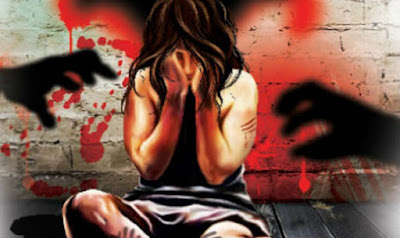 The girl took the usual route from school to home every day accompanied by her younger brother. Unfortunately, that day her brother stayed back in school for an event while she headed home alone through the forest. A gang of people, few with familiar faces, offered her lift in a car they were driving. Her dead body was found on 6th July from Halila forest of Mahasu. The post mortem report confirmed rape and death by strangulation, along with deep injuries all over her face and body.
So common have rapes become in our country that our authorities fail to take it seriously. But hey, did anybody check on her clothes? Well, so this innocent girl deserved to die, for she provoked those drunken rapists in her knee length skirt? Oh, why did she cross that path alone without being accompanied by her brother? Girls are not supposed to venture out alone you see. Nope, men are not to be blamed, as they were under the influence of alcohol. Minor crimes like these happen in a country of billions.

Damn!
Such are the damned reactions of retard minds when a girl is raped and murdered. So cheap is a woman’s life in this society that “dignified” morals outweigh the gravity of crime. As we hang our heads in shame once again, we see how little has been done for women safety, exposing them to crime even in broad day light. A country that worships goddesses as a symbol of power and knowledge has nothing for the women living here. Not even a strict law against rape! Had stringent law reforms been made post the infamous Nirbhaya rape in December 2012, crimes would have minimized, if not ceased. We don’t see any difference since then even when the whole country went on a rampage protesting against Nirbhaya case demanding justice for her. On the hind side, there has been an upsurge in the number of rape cases from 706 in 2012 to 2199 in 2016 in Delhi alone.

The devastated father said how he had always warned her about wild animals, especially bears on the way and she would say, ‘Relax, papa, no one can harm me’.
“I wish I had warned her about men who are worse than beasts,” he said helplessly.
It would not be wrong to say we failed as a country. We failed as a society that could not teach men the values of respect and dignity of women. To the world we portray ourselves as regressive mind sets that feel sorry when rape happens and move on, but not build a culture to prevent the next. We feel okay to coach women on how to dress, stay indoors, not wear makeup, not talk on mobile phones, et al but not train men to treat women with respect. 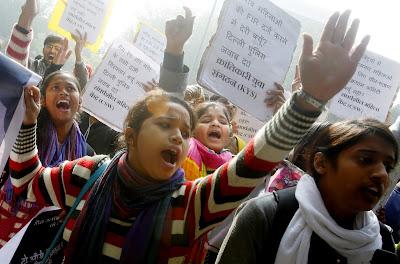 Any woman, irrespective her age, is so vulnerable in our society that it feels a crime to be born as a woman. Be it the case of two year old Baby Falak, a victim of child trafficking brought to AIIMS trauma centre with fractured skull and bite marks all over her body (2015), or the 11 month baby who was raped for nearly two hours in Delhi’s Vikaspuri (2016) or the gang rape of 4 women travelling with family member to Bulandshahar from Noida (2017). Where has humanity gone?

As a country, we see the authorities make an issue out of every case, play political blame games, demand resignations from ministers, but what steps do they take to prevent such cases in future? How many more rapes will it take for the authorities to learn? A shudder passed through my body when I heard of this case. My eyes brimmed up as I was writing this, thinking what pain the girl must have gone through. She was not my relative or friend, yet I feel the pain and anger. Had it been a high profile case, would authorities leave any stone un-turned to nab the criminals and punish them? Which means we might have to wait for another rape, from a politician’s family may be, for a reform in law. (God forbade).

Under immense public pressure, the police arrested 6 suspects claiming to solve the case. Suspecting loopholes in police theory and custodial death of one of the accused, the case has been handed over to CBI for further investigation. More public outrage happened, when one of the culprits was murdered in police custody. Himachal High Court has directed CBI to file a fresh case to the case and custodial death of the suspect. 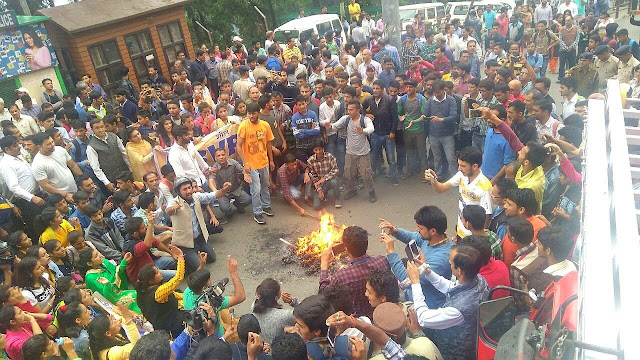 Meanwhile, massive support has poured in for the aggrieved family, setting up financial support and demanding justice for the deceased girl. May her soul rest in peace and may the country wake up soon.