MeToo - Isnt the onus on us?

In the wake of the #metoo movement and the shocking incidents of digging out past sexual harassment cases, I felt the urge to share something. All ladies have had their "me too" incidents. The reason why girls don't speak about it is that they were never encouraged to, since childhood. Voicing their opinion or naming the culprit was never a part of the Indian culture. It might bring shame to the girl's family. Correct me if I am wrong? 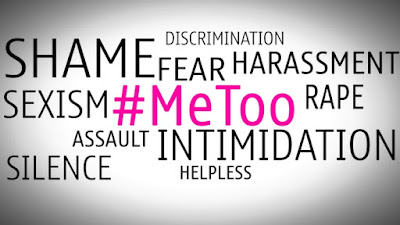 A man who might have made sexual advancement towards you and did what he was not supposed to, got away with the crime because he knew about the loopholes of the "cultured" society we live in. Young girls are the easiest target for sexual predators. Reasons- One, the fear of not speaking up or the tender age when sexual abuse is beyond her understanding; and two, families/schools hush up the cases fearing defamation and three- law is a perhaps a joke. (Read: https://timesofindia.indiatimes.com/city/dehradun/startling-details-of-dehradun-school-covering-up-girls-rape/articleshow/65864937.cms )

The offender is not be blamed, but the crippled mindset of our very own society.

I thank my stars for protecting me from such creeps atleast in my corporate journey. The owner of a company (my first job) was always full of encouragement for ladies. He was totally against sexual harassment and trained us to be vocal about it. I still remember his words asking the female sales staff to be bold enough to walk away or slap a client if he asks for sexual favors in return for business. For him a woman's safety and self respect were more important than client business. Bosses like these are hard to find, especially in field of sales.

Here is another incident that made an impact on me. I remember, it was one warm afternoon, before lunch. I was in a conversation with my reporting manager (female) with my back towards the door and he (a senior colleague ex Army personnel)  had just entered office after a meeting. While passing by, he tickled me on my waist. It was barely for few seconds but I turned numb. The sudden movement of his fingers pinching my waist was least expected. Perhaps it was a jovial, fun gesture I thought, because he was smiling and he went to his workstation like usual. It wan't sexual harassment but clearly unwelcome and shocking. In a state of shock, I sunk onto my chair, feeling disgusted and angry. Since this happened in front of my reporting manager, she immediately reported to boss (the owner). Boss summoned the gentleman and blasted at him to everyone's surprise. Later he individually counselled me and encouraged me to stand up for my own dignity. "If something feels wrong, fight back, because there wont be a good human being everywhere to protect me", he said. My respect grew for him by many folds that day and since then I have been bold enough to fight sexual harassment. I refused to be touched inappropriately and ended up kicking or hitting guys on several occasions. I refused to be ogled at and ended up looking straight into the eyes of the ogler and asking him to back off. I refused to be sexually exploited and ended up fighting men in crowded buses, public places or parties.


Narrating one of these incidents to my mom once, she got scared of me behaving “boldly” and advised me not to react or speak on such instances. It was not mom speaking, but a person brainwashed by the society who feared for her daughter’s safety. After all our culture does not allow women to speak up or report while guys get all the liberty. That is exactly why a sex criminal walks off fearlessly whereas the victim lives in constant fear with her self-respect, career and life at stake.

The struggle continues for many till date. Why wait for another "MeToo" to start? Ladies, you need to be the change yourself. Unlearn what was taught to you, because its high time. Speak up, fight back, report but do not let men use you.


P.S- This post was selected for IndiBlogger's Featured Posts (Special Independence Week Edition), and was displayed on the homepage of IndiBlogger.

Would love your feedback!